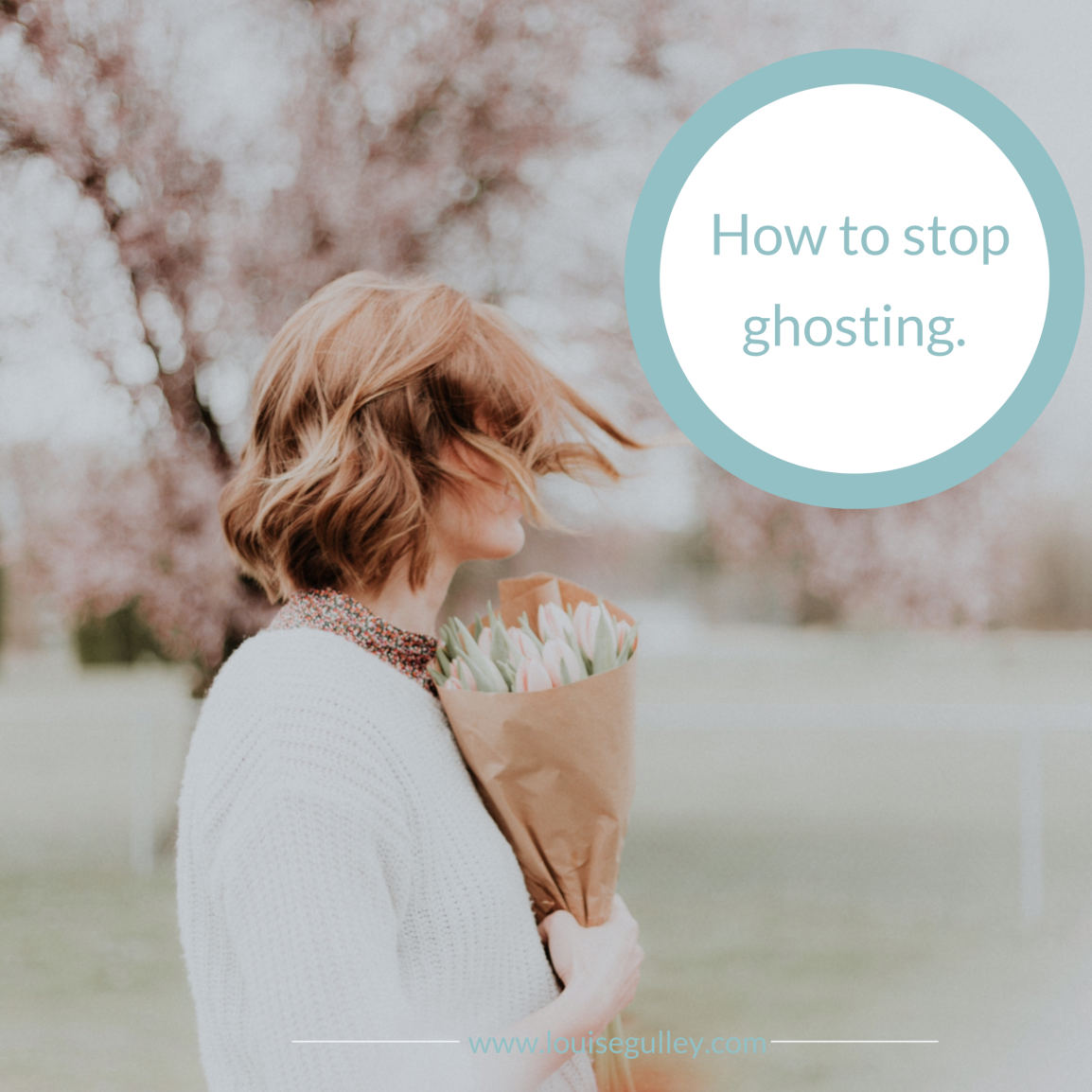 Firstly…grrrrrr…there are all of these terrible people out there doing all of this ghosting. Stop it!

How many of us think that? A fair few, I reckon. I think it too sometimes!

I also think there’s a fair few of us doing the ghosting.

What I’m getting at here is that no one ever thinks they’re doing the ghosting, because well, that’s just what OTHER people do. But I think the majority of us do it. So, I’m going to start by clarifying what ghosting is.

1. It’s deciding you don’t know how to deal with a friendship anymore and instead of telling them (because you don’t want to hurt them…kinda ironic, right?) you slowly start to withdraw, until you piss them off, and they end it. You slowly became a ghost in the friendship.

2. It’s talking to someone daily you matched with on tinder last week and then just disappearing because you’re not in the country anymore- your holiday is over.

3. It’s going on a date and just not texting him back when he says he would like to meet again (oh but the man was strange, you say).

4. It’s trying to protect a woman’s feelings by telling her that you’re busy that day, and the next, oh and that one too until she eventually gives up.

So, what can we do instead?

. Tell someone how you really feel as you go along. If you notice yourself feeling distant from a friend or partner, tell them. I felt hurt when you made that comment, and I noticed I wanted to distance myself because I was worried about you saying it again. This gives the other person the opportunity to repair the relationship; and gives both of you the chance to close the gap and move on.

. When you’re using any online dating apps and you’re dating multiple people and not interested in finding a relationship; let them know this. It’s respectful of their time and means you can stay in integrity. Staying in integrity is important because if you don’t you lose connection with your deepest and truest self, and it’s not a connection you want to mess around with too much. (Think: depression, anxiety). Basically keep people informed and keep yourself honest.

I also want to address this idea of “not wanting to hurt them”. This is the most common defence of ghosting I hear. Perhaps sometimes also phrased as “I didn’t know how to tell them THAT” which I think has the same sentiment.

It’s also presumptuous of us to assume that it will hurt people less to quietly slip away then to explain our slipping away.

Whether we acknowledge it or not it is still the same thing happening.

It is okay to say…

. Thank you for the last few dates. I’ve decided that I don’t feel a connection between us and I don’t want to pursue this any further.

. I really enjoyed chatting on tinder for those few months but when we met I just didn’t feel a spark.

. I’ve realised I don’t want a relationship. I’m sorry for not telling you earlier.

. I didn’t like it when you were late and didn’t give any explanation. So, I’m ending it here.

Some people don’t like to be specific in their feedback (such as I didn’t find it attractive when you were drunkly falling over, or didn’t use deodorant, or talked about politics a lot) but actually there’s a gift in this. You’re giving people the information they need to make improvements if they want to for the future. To really flip the whole “I want to be kind” idea on it’s head, in some ways, the above, if delivered helpfully and carefully, can be the kindest way the long run.

If you can practice this truth telling whilst dating it will help you when you are in a relationship.